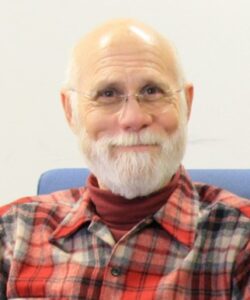 A self-proclaimed type A personality and entrepreneur, Steve Grether is a man of many talents and interests. Originally from a small town outside of Detroit, Michigan, he attended Michigan State University via a training program through General Motors. He received his bachelor’s degree in Business, Management, Marketing, and related support services in 1968. From 1969 to 1972 he worked in the Cadillac Motor Division of GMC in Detroit and then in Los Angeles. He stayed in LA until 1979, when he relocated to the Pacific Northwest. He continued to work in the wholesale automobile business until 1989.

Steve received his real estate broker’s license in 1979 and was active until retirement in 2006. He worked in the commercial real estate business as a Real Estate Broker selling apartment buildings and shopping centers for WPI Real Estate and Windemere in Seattle. He received his Certified Business Counselor certificate from the Institute of Certified Business Counselors in 2003 and sold over a hundred businesses in a vast number of fields as well as professional practices. In retirement, Steve manages his apartments and works with SCORE (Senior Corps of Retired Executives) to help other entrepreneurs, in addition to his volunteering with the Naval Undersea Museum.

Interestingly, with SCORE he has mentored many women at the women’s prison in Belfair, helping them obtain small business loans or grants in order to start a variety of small businesses. There is a waiting list for his services, and he is actively mentoring 30 clients.

Living in Hansville, Steve is married to Celia, who is originally from England, and has two adult sons, Scott and Robin. Steve began volunteering with the Naval Undersea Museum in 2010. He is interested in diving and has been a certified diver with PADI since 1962. He is also interested in submarines, and enjoys meeting and talking to people, especially retired Navy, about his interests in diving and submarines. A sailor, he took some time off in 1979 to sail for seven months in the western Caribbean.

He is interested in racing cars and has a red Audi R-8 that he races for fun at a track in Shelton. He also trap shoots several times a week and is a range safety officer for the Sportsman’s Club on Bainbridge Island. A man with many talents and interests, Steve’s enthusiasm and friendly personality are wonderful assets for the museum.

Darlene Iskra has been a volunteer at the U.S. Naval Undersea Museum for 11 years. She started at the front desk as a greeter, and about two years ago she began working in the collections management department, cataloguing collections. She was a naval Surface Warfare Officer and Diving Officer for 21 years, retiring in 2000 as a Commander. She received her PhD at the University of Maryland in 2007, studying the military and society, as well as gender work and family. She started volunteering at the museum to meet new people and give back to the community. She volunteered to talk to museum volunteers in order to learn more about her colleagues and ease some of the loneliness of self-isolation during the COVID-19 pandemic. These “Volunteer Spotlights” are the results of her conversations.