HMCS (DV) Chris West was the Senior Instructor of the COMSERVFLANT Second Class Diving School in 1974 when his friend Del Strode asked him to speak with a young hull technician who wanted to go to dive school. Strode had been highly impressed by the young Sailor’s intelligence, work ethic, and courage, and expected West would be too. 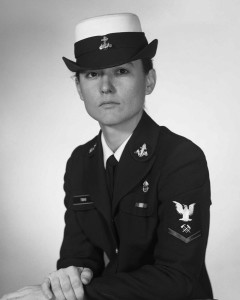 The catch? The Sailor’s name was Donna Tobias, and women were barred from becoming Navy divers.

But Donna Tobias loved challenges and new experiences, and she badly wanted to attend dive school. She asked her recruiter about becoming a diver when she enlisted in the Navy in March 1974 and was told “no way, women can’t get in [to dive school].” Undeterred, she chose hull technician as her rating because she liked the physical labor and knew it would teach her a useful skill to use underwater. While she worked as a shipfitter, Tobias undertook the lengthy process of acquiring a dive school waiver that would allow her to circumvent the gender restriction then in place. 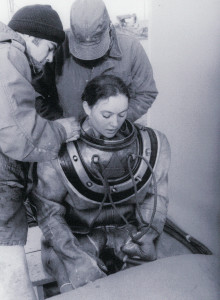 In January 1975, Tobias learned she would be permitted to attend diving school, just two days before the class began. Senior Chief West, her instructor, warned her she would have to be “nearly flawless” because of the extra scrutiny she’d be under. Tobias worked exceedingly hard over the 10-week course and struggled in only one area: her small feet made lifting the heavy MK V boots (17 pounds each) difficult, particularly when climbing the ladder. “On a daily basis, it was the single biggest obstacle,” she recalled. “I even had dreams about those shoes.” Her instructors taught her to rock her weight side to side and made her wear the boots all day and night for a week, solving the problem. 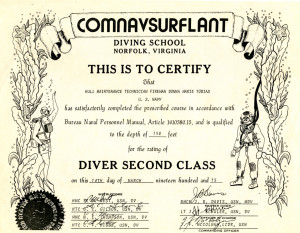 Tobias always knew she was going to finish the class. “I told myself they’d have to make me leave. I wouldn’t quit. If you ever uttered the words, ‘I quit,’ you could never take them back, and there were plenty of eyes waiting to see me fail. I didn’t want them asking less of women, for anything.” She graduated from Second Class Dive School on March 14, 1975, making her the Navy’s first female deep sea diver. 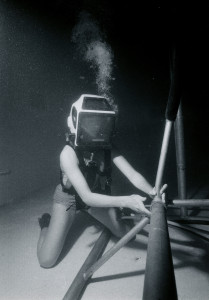 Despite this accomplishment, Tobias had limited assignment options — sea duty billets wouldn’t open to women until three years later, in 1978. She took a position as an instructor at the Submarine Escape Training Tank at Submarine Naval Base New London, where she taught submariners escape techniques. Master Diver Steven Lechner, who worked with her there, remembered, “she had to prove herself, to be twice as good at everything, and she was. After she proved herself, everyone looked up to her and admired her, because they knew she was the only woman in the whole Navy at the time doing that.” During these years she also took part in experimental physiological research and helped evaluate the Navy’s new MK 12 diving system.

Tobias left the Navy in 1980 to attend college to become a teacher, inspired by her time teaching at the escape training tank, and earned a bachelor’s degree in education and a master’s degree in psychology. She put both to use by becoming a special education teacher who advocated passionately for her special needs students.

In 2011, Donna Tobias was inducted into the Women Divers Hall of Fame, an honor that encouraged her to speak more about her experience. “I didn’t want people making fanfare over me [but] it was an accomplishment for women… It is immensely important to me. It’s always beating loudly in my chest.” 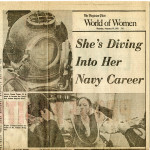 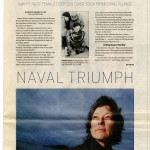 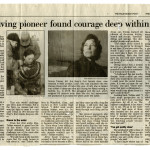 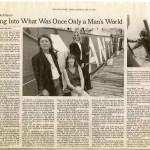 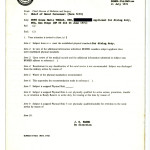 One of Donna Tobias’s Waivers for Diving School (1974) 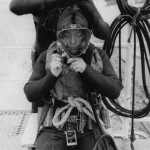 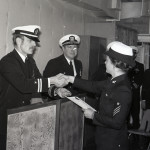