While at Squadron VX-1, Carl Brashear experienced a life-changing moment: he saw a Navy diver at work for the first time. He was captivated.

In June 1950, Brashear reported to the escort aircraft carrier USS Palau (CVE 122) for his first sea tour. Although he invested significant time in improving his skills as a boatswain’s mate — anchoring and mooring methods, for example — he wanted to become a diver. But his request to attend dive school was denied, souring his experience aboard Palau.

His next assignment, sea duty on USS Tripoli (CVE 64), strengthened his interest in diving. An old TBM Avenger aircraft slid off the ship’s jettison ramp and a MK V diver was brought in to salvage it. Watching the recovery, Brashear declared, “this is the best thing since sliced bread, I’ve got to be a deep-sea diver!”

Brashear continued his dive school petitions, undeterred by the rejections. As he waited, he fought on USS Tripoli’s boxing team and took correspondence courses to continue his education. 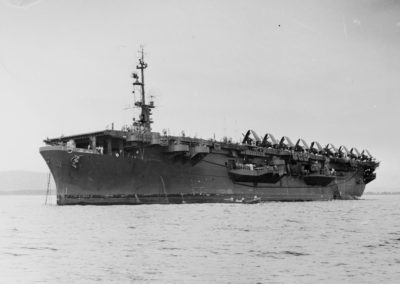 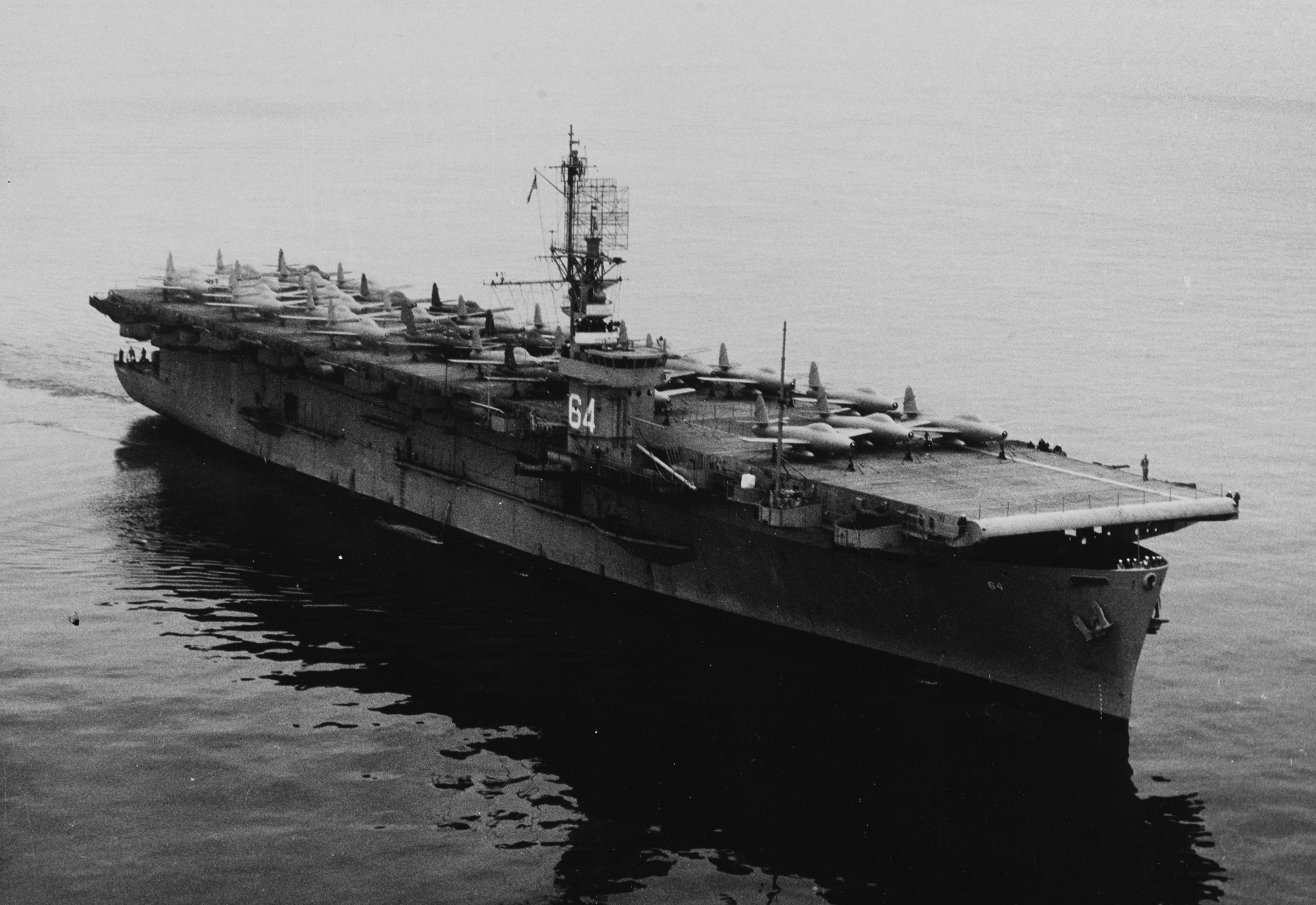 While serving on USS Tripoli, Brashear made second class and earned the nickname “Mr. Navy.” 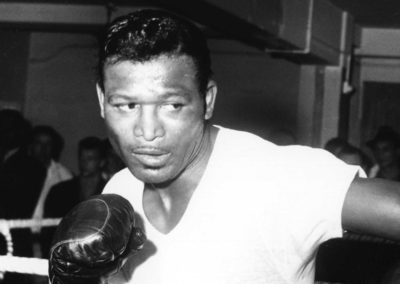 In 1954, more than three years after Carl Brashear’s first request, the Navy granted him permission to attend Salvage Diving School in Bayonne, New Jersey, to train as a salvage diver.

The 16-week course was fraught with racism and harassment for Brashear as the only African American trainee. After mistaking him for a steward or cook, the training officer told Brashear he didn’t think the white students would accept him, or that Brashear would make it through the school. Once classes began, students put notes in Brashear’s bunk disparaging him with racial slurs and threatening to drown him.

Brashear was ready to quit until an African American Sailor on the dive school staff dissuaded him: “Those notes are not hurting you. Show them you’re a better man than they are.”

In spite of the intimidation and his limited education, Brashear worked hard and performed well in both the diving and academic portions of the school. Near the end of the course, the other students finally began to accept him.

He finished sixteenth in a class that began with 32 students, 15 of whom failed or dropped out. “When I graduated from [salvage school], I could have stepped over the building,” he joyfully recalled. “That was one good feeling when they called me up there and handed me that diploma.” By Brashear’s account, he was the first African American to graduate from the Salvage Diving School.

“I didn’t do a lot of other things [for fun] in diving school. I studied, because I knew they were looking at me. I couldn’t fail, because I think if I failed one exam, I think they would have put me out of school with the [racist] attitude there. I didn’t fail a thing. And I was on the diving station the whole time.”

— Carl Brashear, on his time at Salvage Diving School

Qualifying as a salvage diver opened new opportunities — in the form of diving billets. After completing his tour on USS Tripoli, Brashear joined the crew of the salvage ship USS Opportune (ARS 41) as one of 18 divers. There he delighted in every salvage project, from raising an enormous gas barge to changing propellers underwater.

In June 1956, Brashear came ashore for two years of duty at Naval Air Station Quonset Point. There he expanded his diving qualifications by training as a SCUBA diver.

In 1957, Brashear was personally chosen to operate the crash boat that escorted Dwight Eisenhower’s presidential yacht during Eisenhower’s visits to Newport, Rhode Island, to play golf. At the assignment’s end, President Eisenhower gifted Brashear a small knife engraved, “To Carl M. Brashear. From Dwight D. Eisenhower, 1957. Many, many thanks.”

Brashear so impressed his superiors that the captain of the presidential yacht offered to arrange a commission for him. Carl turned him down. He had focused his sights on a clear goal: “to make chief and become the first black master diver in the Navy.” 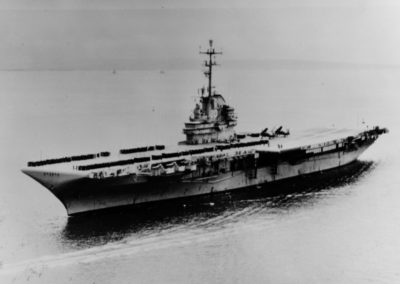 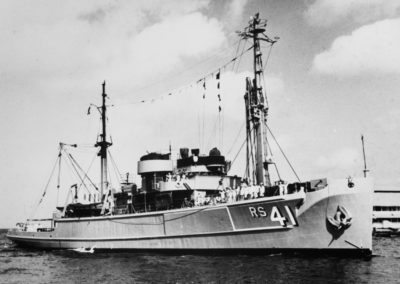 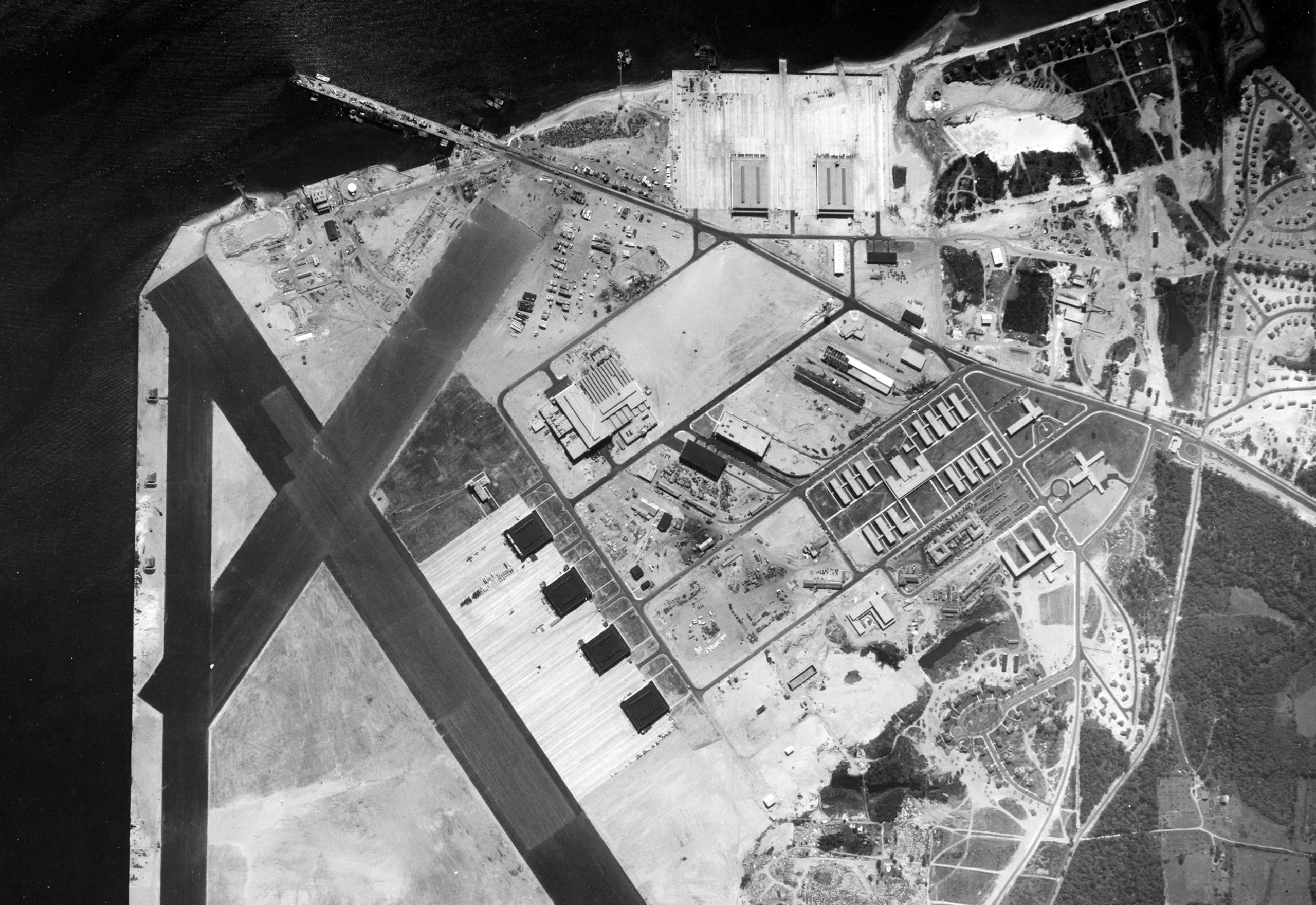 In 1960, Carl Brashear earned his G.E.D., made chief, and started training to become a first class diver — three essential steps toward his goal to make master diver.

Almost overnight, one misstep threatened to derail his plans. He failed out of the extremely difficult first class course shortly after arriving at Deep Sea Diving School. Worse, the instructors demoted him from salvage diver to non-diver.

The setback devastated Brashear. It did not stop him. After considering his options, he secured orders to the Fleet Training Center at Pearl Harbor and pulled strings to enroll in second class diving school. The choice required swallowing his pride: a second class qualification was better than being a non-diver, but ranked lower than a salvage diver. 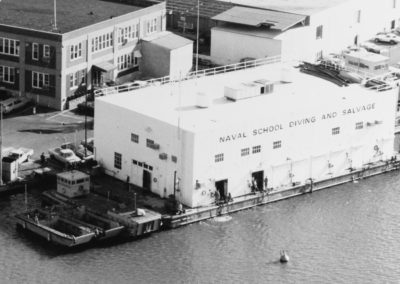 The Naval School of Diving and Salvage, often known as the Deep Sea Diving School, at the Washington Navy Yard. 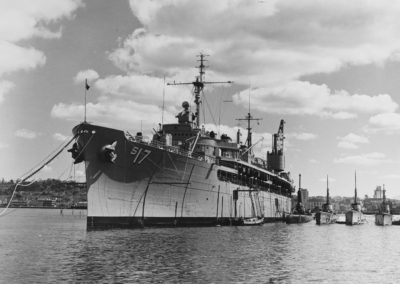 Brashear was on temporary leave from USS Nereus (AS 17) to attend first class dive school and had to return as a non-diver.

“I flunked out of first class [school]. They called me in and told me, said, ‘You’re leaving as a non-diver.’ I could have gone through the floor [in shock]. I had been diving for seven years and [was now] a non-diver. I hit rock bottom.”

Carl Brashear returned to the fleet as a second class diver in 1961. Like his time safeguarding President Eisenhower, Brashear again crossed paths with history as he re-established his diving career.

He evaluated the remains of the battleship Arizona in late 1961 and early 1962, ahead of the installation of the now-iconic memorial honoring the 1,100 Sailors entombed inside.

A six-month assignment to Joint Task Force Eight sent him to Johnston Island and Christmas Island to support Operation Dominic, a series of U.S. atmospheric nuclear weapons tests. The Navy awarded him the Joint Service Medal for his work captaining small boats that transported supplies and equipment. Brashear reveled in the excitement of watching Thor missiles and high-altitude bombs detonate.

On a subsequent tour aboard the submarine rescue ship USS Coucal (ASR 8), Brashear served under skipper Lt. George Steinke, the inventor of the “Steinke hood” submarine escape device. There Brashear qualified as officer of the deck, the only enlisted Sailor on Coucal to do so. The ship’s Master Diver, Chief Patrick Flanagan, encouraged him to reattempt first class diving school and helped him study in preparation. 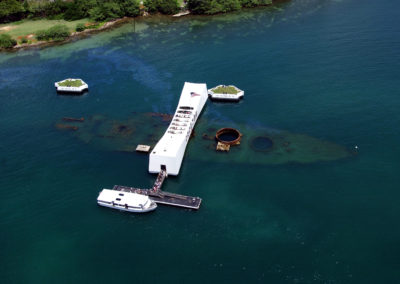 The remains of battleship Arizona under the memorial built to honor Arizona’s lost crew. 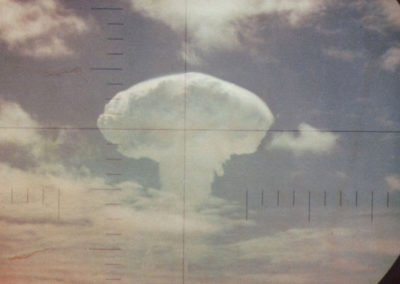 A nuclear explosion from an Operation Dominic test in 1962. 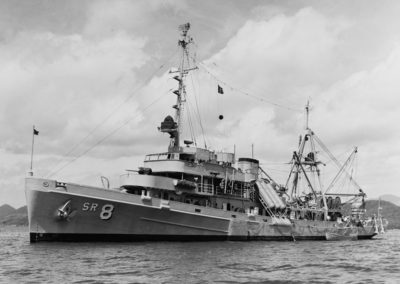 In October 1963, Carl Brashear returned to the Deep Sea Diving School at the Washington Navy Yard to retake the course to become a first class diver.

To his surprise, he was required to repeat the 12 weeks of salvage diver instruction he had completed in 1954, for a total of 26 weeks of training. Brashear’s response? “Well, okay, I’ll just graduate as number one.”

His years of preparation — earning his G.E.D., studying math in his off time, practicing mixed gas formulas with Coucal’s Master Diver — paid off. On track to finish first in his class, he was asked by his instructors to help another student who was failing: “They knew I was sharp in diving, and they knew I knew [what I was doing], so they put me with him.” Brashear agreed and helped the classmate, sacrificing his first-place goal in the effort. He finished third in a class of 17 graduates (after 13 failed). Because of Brashear’s help, the struggling student also passed.